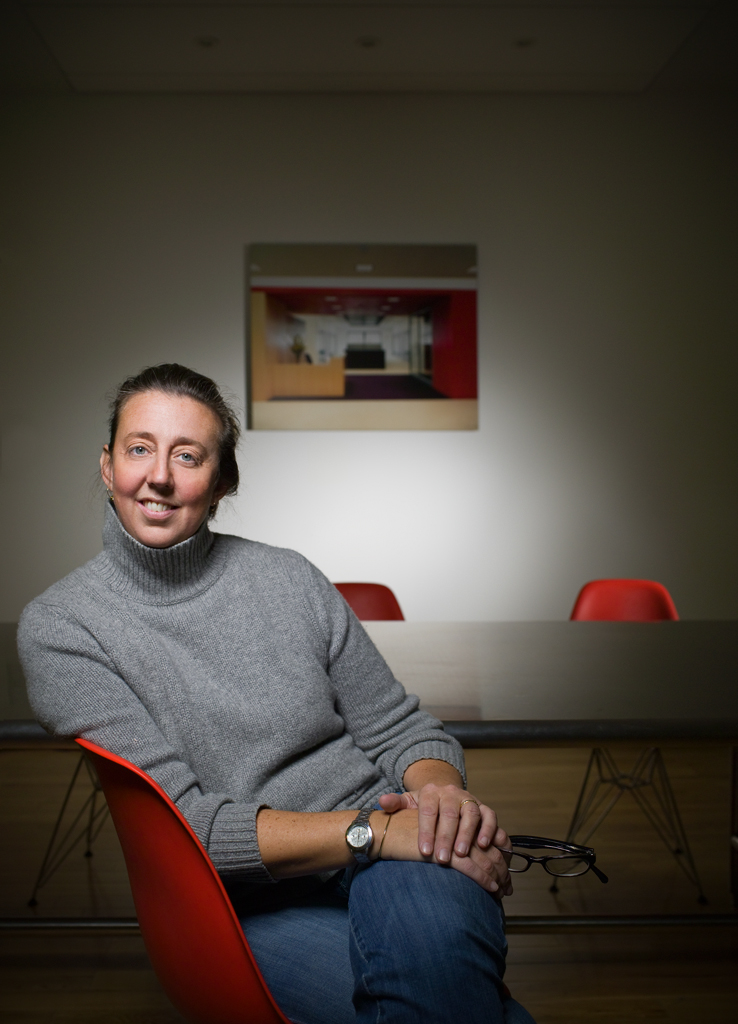 Maro is currently executive producer and director of the fall 2017 seriesSoundtracks: Songs That Made History for CNN, made in partnership with Dwayne “The Rock” Johnson’s, 7 Bucks Productions. Recently, she produced and directed, with her partner Jeff Dupre, Soundbreaking: Stories from the Cutting Edge of Recorded Music, an eight-hour PBS series that explores the extraordinary impact of recorded music on the modern world that will make its U.S. broadcast debut on PBS this past November. Soundbreaking was the last project produced of legendary music producer Sir George Martin. The series combines unprecedented access to some of the most celebrated artists, producers and innovators from across the music spectrum, with rare archival studio footage and an extensive soundtrack, to deliver one of the most wide-ranging series on the art of music recording.

Previously, she executive produced A Path Appears, which followed Pulitzer Prize-winning reporters Nicholas Kristof and Sheryl WuDunn and actor/advocates Malin Akerman, Mia Farrow, Ronan Farrow, Jennifer Garner, Regina Hall, Ashley Judd, Blake Lively, Eva Longoria, and Alfre Woodard to Colombia, Haiti, Kenya, and throughout the United States as they uncovered the harshest forms of gender-based oppression and human rights violations, as well as the effective solutions being implemented to combat them. The three-part series aired on PBS as a special presentation of Independent Lens in 2015 as the centerpiece of the highly regarded public media intiative Women and Girls Lead. Through heartrending, inspiring storytelling, A Path Appears takes viewers on a journey across the country, and across the globe, to drive home the universality of gender inequality and the roots of vulnerability. The series leads viewers to a deeper understanding of these critical issues and the proven methods of bringing about change.

Maro also produced and directed the landmark four-hour documentary series Half The Sky: Turning Oppression into Opportunity for Women Worldwide. The centerpiece of an expansive transmedia project—which Maro also oversaw—the series first brought Nicholas Kristof and Sheryl WuDunn together with a roster of a-list celebrity advocates and three separate camera crews for an epic production journey to ten countries around the world. Broadcast in October 2012, the series surpassed all expectations––both in terms of viewership and social media engagement. It was also hailed by critics as “thoroughly edifying and handsomely produced,” a “delicate mixture of heartbreak and inspiration [that] is sure to move those who watch.”

Maro was a producer on HBO’s Emmy and Peabody Award award-winning feature documentary, Marina Abramovic: The Artist is Present, and the award winning and Oscar short listed film Kehinde Wiley, An Economy of Grace as well as the producer and director of Mann v. Ford, and The Kindness of Strangers, both for HBO Documentary. As co-creator, executive producer and director of the ten-hour series Carrier, she led eighteen filmmakers on a sixth-month odyssey covering a full naval deployment to the Persian Gulf during the Iraq war. The result was called “enthralling” and “mandatory viewing” and earned the 2008 Emmy for Outstanding Cinematography.

Prior to co-founding Show of Force with Jeff, Maro served from 2002-2005 as a senior programming executive and network consultant for A&E television network. She was also the producer/director writer of the feature documentary special Role Reversal for A&E (2002).

Maro first became well-known for directing and producing Frontier House, the six-part series which remains one of the highest-rated programs in the history of public television. She also directed and produced the two-hour feature documentary Juilliard that aired as part of the Emmy award-winning PBS series American Masters (2000). Maro co-authored the companion book, “Juilliard,” published by Harry N. Abrams, Inc.

Show of Force is presently in development on several projects for CNN, Travel Channel and Bravo Networks – and poised to launch Humanity on the Move, a series of films addressing the global human refugee crisis and a feature documentary End Game examining the global effort to eradicate the polio virus.

Maro is Founder and Chairman of the MFA program in Social Documentary at SVA NYC /The School of Visual Arts in New York City, now in its 9th year and is a former faculty member of NYU’s Graduate School of Film and Television.